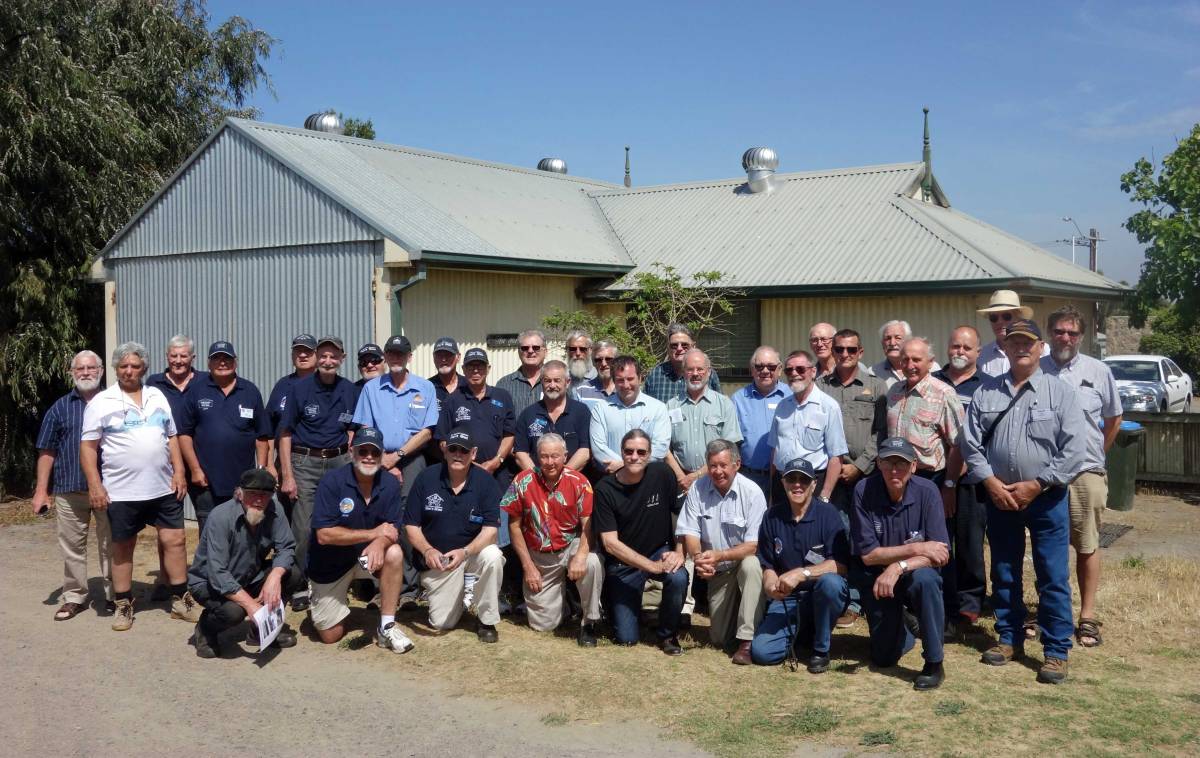 ‘Shoulder to Shoulder: Broadening the Men’s Shed Movement’ (Common Ground Publishing, Champaign, US), Draft as below to June 2021

Previously published 2015 Book: The Men ‘s Shed Movement: The Company of Men ( Barry Golding, Ed.) 2015, Common Ground Publishing, Champaign, US. The 433 page book  is still available for sale in 2021 in hard copy for US $50 on line (US$20 as pdf) via the Common Ground website via:  https://cgscholar.com/bookstore/works/the-mens-shed-movement

Barry Golding’s research interest in men’s learning and wellbeing and its link to Men’s Sheds in community settings originally came out of a series of research projects undertaken in Victoria, Australia from 2002 for the Adult, Community and Further Education (ACFE) Board.

The wider suite of research on equity in community-based contexts since the late 1990s helped inform and encourage ongoing Australian & international research into men’s learning and wellbeing in community contexts. This research was published in 2013 in an edited book, Men learning through life, with Rob Mark & Annette Foley published through NIACE in the UK.

After 2013, Barry Golding set out to document the history, development, diversity and evidence base about community Men’s Sheds internationally, culminating in the October 2015 launch of the book, The Men’s Shed Movement: The Company of Men. It focused in the development of Men’s Shed movements in Australia, Ireland, the UK and New Zealand.

In 2021 a new book will be published called Shoulder to Shoulder: Broadening the Men’s Shed Movement edited by Barry Golding. It documents the continued spread in previous countries (particularly across Ireland, Scotland, England and Wales), and development of the now international movement to 2021 to several other countries particularly the US, Canada and Denmark, but also Iceland and Kenya. It includes a separate Chapter on the rapid growth in the past decade of Women’s Sheds, some developed in collaboration with Men’s Sheds. it also analyses the new research evidence about impact between 2015 and 2021, and makes an evidence-based case for further broadening the movement. Four of the 12 chapters in the forthcoming book are coauthored with colleagues from the US, Sweden and Denmark (in relation to the Danish chapter), Ireland (in relation to the Women’s Shed chapter) and Australia (in relation  to the research evidence chapter.

Barry Golding and other researchers working in this field acknowledge the generous cooperation of volunteers as informants in our research, as well as the pioneering research work in this field by many other individuals and organizations.

Much of Barry’s research in the past two decades has focused on men’s learning, health and wellbeing,  through Men’s Sheds in community settings.

Anyone interested in this field as community practitioners or researchers should be aware that there are active peak body Men’s Sheds Associations in Australia (and all Australian states),  Ireland, the UK, Scotland, Wales, Canada, New Zealand and the US. The AMSA site lists all  community men’s sheds registered with AMSA in Australia and other useful community shed-related information, including forthcoming events and conferences, back copies of AMSA newsletters and links to shed-based peak organisations elsewhere in the world.  David Helmers amsa@mensshed.net is the 2021 AMSA Executive Officer.

Australian community shed-based organisations can check, update and supply their organisation details on the free, community-based shed web site www.mensshed.org. AMSA membership is open to all community Men Sheds. Based on experiences of many shed start-ups, an AMSA-supported manual is available on How to start up a men’s shed in your area, see http://www.mensshed.org/shed-manual/.aspx .

The first major national research report Men’s sheds in Australia: learning through community contexts, (2007, NCVER) and the ‘Supporting documents’ are available free for download www.ncver.edu.au/publications/1780.html). While the emphasis in this early community shed-based research was on the informal learning function of sheds, it provided a carefully researched snapshot (to 2007) of the range of men who participate, for what sorts of reasons and what they are getting out of it. The demonstrable outcomes include health, happiness and wellbeing as well as informal learning.

This early research report has been useful to shed-based organizations, governments and auspice organizations that plan, mentor, and support men’s sheds in community contexts. Barry Golding’s aim  in the past decade to 2021 has been to progressively extend some of the research and findings to other organisations, communities and nations where learning, health and wellbeing are recognised as a problem for some men, particularly for men not in paid work and men isolated for any reason,and where the wellbeing value of informal, community-based lifelong and lifewide learning is sometimes not recognised or valued.

One thought on “Men’s Sheds”